Today at 70 years of age, having recently survived prostate cancer, Bob is still practicing his home fitness program and revitalised to help others live their best life. He is a loving father, eternal optimist, and world traveler having lived in 7 countries. Learn more about Bob & The Program! 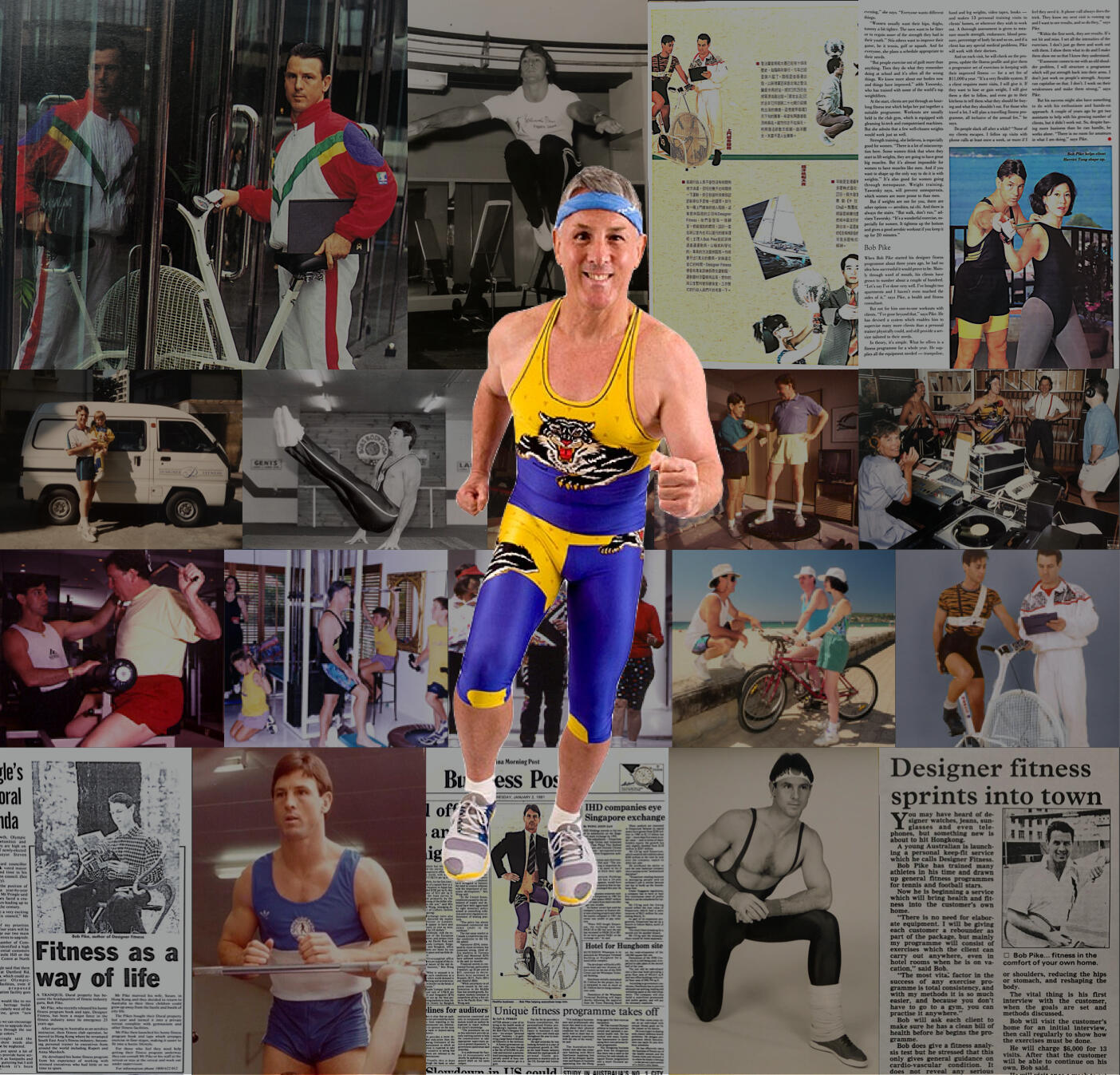 Bob has over 45+ years of experience as a founder/owner/operator of five star Health Clubs, Health Retreats, Publisher of his Home Fitness Program (Book + Audio), and Personal Fitness Advisor to Professionals & Leaders in Entertainment and Industry worldwide.

Bob Pike is known as a visionary, straight talking no nonsense individual with a quick witted sense of humour, who has a genuine passionate interest in helping people achieve a lifetime of health and fitness.

In late 2019, Bob fully recovered from a Prostate Cancer operation. He received admiration and praise from his doctors for his fine physique and current general state of health, attributing to his fast post operation recovery.

At 70 years young, Bob maintains the optimum of Health and Fitness. He is still a perfect example of what his program and attitude to a healthy lifestyle can and will continue to deliver for you over time. Bob’s staying power is a testament to his determination and passion for the industry he so dearly enjoys.

The Aerobic era was starting to catch on in Australia in the late 70’s. Bob was quick to recognise this opportunity to open Bob’s Body Shop and implement the training techniques he had been using. Bob’s Body Shop went on to become one of the first popular Aerobic Fitness Centres in Sydney.

Bob was the major sponsor and trainer for the Bankstown Bruins, one of Sydney’s leading NBA basketball teams headed by Olympic Basketball player Robbie Cadie, and many other local sports stars.

While in Hong Kong, having been the first to introduce Personal Training into peoples’ homes, Bob was the exclusive trainer everyone wanted as their own.

With a high media profile Bob was asked by the Australian Chamber of Commerce to train their Dragon Boat team and with Bob as part of the team they were back in the winner’s circle.

Bob was instrumental in starting an Amateur Roller Hockey League between Macau, Hong Kong, Japan and China during the mid 80s.

In addition, Bob wrote weekly children’s Health and Fitness supplements for the Hong Kong Standard newspaper. He was regularly featured in many of the local magazines and newspapers.

Bob built an exclusive reputation and accumulated an impressive list of clients, including the Billionaires, Royalty and Tai Pans of Hong Kong, as well as regular visiting VIPs.

Bob teamed up with a Doctor, Physiotherapist, Dietician and a Clinical Psychologist and started another company called Corporate Fitness. Together they would work with many of Hong Kong’s leading corporate executives.

As a result of Bob’s years of experience in charting physical assessment progress and writing exercise programs for thousands of clients, he compiled all that data developing and publishing a four stage, 30 minute based Home Fitness Program.

By 1996, Bob was well established as Hong Kong and Australia’s leading fitness celebrity with his reputation now reaching back to his hometown Sydney, where he decided to pursue his passion of building a Health Retreat.

Bob was once again in demand by the media with features in the Sunday Telegraph, The Sydney Herald, Channel 10′s Sports Tonight, NBN Newcastle Today Show and Alan Jones talk back radio program, Vogue and many other leading media outlets.

With construction well under way of his 5 acre retreat, Tranquel Private Retreat located in Dural northwest of Sydney’s CBD, Bob was approached by the management of Sydney’s leading five star hotel -The ANA Hotel – to operate their Health Club. As a result Designer Fitness at the ANA Hotel became one of the most respected and successful executive Health Clubs in Australia.

Now a successful businessman, Bob and his family decided to move to the Gold Coast, Queensland to spend more time together.

The Marriott Hotel and the Royal Pines Resort in Surfers Paradise regularly consulted Bob in the operation and management of their Health Clubs.

Bob was now dedicating his attention on his family eventuating in a EPL soccer scout inviting their young twin sons to trial in England.

Now moving to England one of their sons was accepted into the EPL club, West Bromwich Albion Football Academy. Taking advantage of their move Bob trialed his Fitness Program in an elite Sports Academy in Birmingham.

A quick visit to Beirut, Lebanon resulted in Bob and his family deciding to move there. Eventually, Bob’s identity became known resulting in his committed involvement as the Fitness Conditioning Coach for the newly formed Lebanese and Palestinian International Rugby Teams. He traveled with the teams to different countries in the middle east to support them. This led to Bob being recognised by the UNRWA in front of a high level delegation for his participation.

Bob eventually purchased a 15m/50ft sailing yacht and enjoyed sailing all over the Adriatic and Mediterranean Seas for many years, eventually sailing to Gibraltar and then moved his yacht to the South China seas spending several years sailing between Langkawi, Malaysia and Phuket Thailand.

Today, while visiting his eldest son in Saigon, Vietnam he has offered his services as fitness coach for the Saigon AFL Vietnam Swans men’s team. 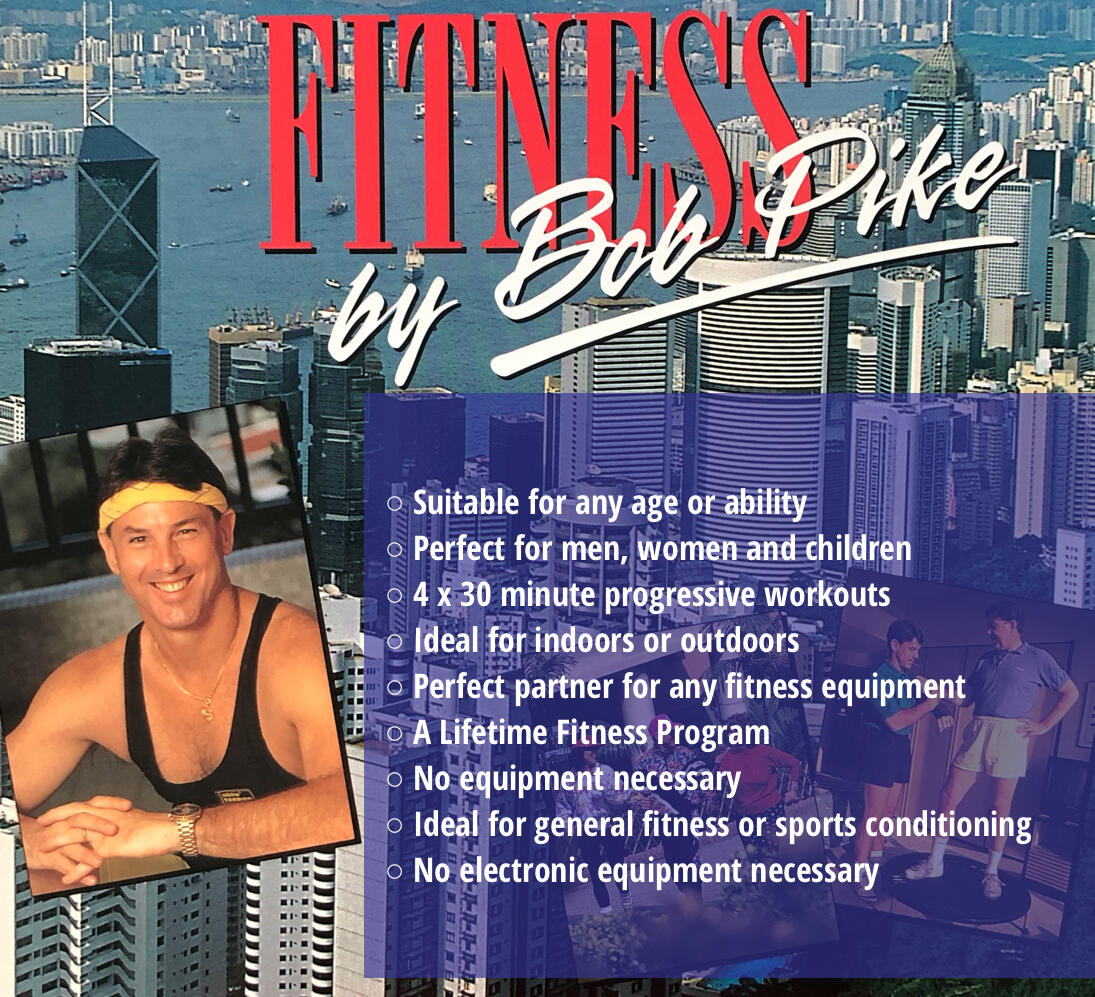 The digital version of Bob's Home Fitness Program will release soon. Sign up for updates!

Please feel free to email Bob with any feedback on the Program using the form below. Your comments will be gratefully received and answered.

Bob will contact you personally to assist with any General Fitness related issues you would like to discuss.

We'll be in touch! Thanks!